What makes the difference between becoming a top professional athlete or falling short in the amateur ranks?

Is it solely based on talent? Or is it a mixture of talent and luck?

Playing rep hockey in the GTA for over 10 years, I grew up around a lot of talented players.  Some got drafted into the OHL, some got drafted into the NHL, and some even ended up having decent professional careers.  Watching my friends and colleagues go onto the next level and strive for an almost impossible goal (being a professional hockey player) I witnessed something that would help shape who and what I am today.

We all know that old saying “hard work beats talent when talent doesn’t work hard.”  This applies to not only the physical hard work, but the mental game as well.  Being able to hone and master a peak performance state is what separates the best from the best.  Most athletes will remember the best games they’ve played, as well as the worst games they’ve played.  Everything in the middle will be forgotten.  The key here is to understand that those best and worst games all have something in common, a state & mindset the athlete was in prior to and during the game.

In the legendary tennis player Andre Aggasi’s book Open he discusses his back and forth struggle with his mindset during his career.  He lacked consistency for much of his career until he started to work on his mental game.

In 1993 when Agassi fell from the world’s No. 1 spot and then suffered a wrist injury, he called in Tony Robbins to help coach him back to success.

When they met, Agassi told Robbins that he’d been spending time working on his swing mechanics, especially in relation to his recovering wrist. 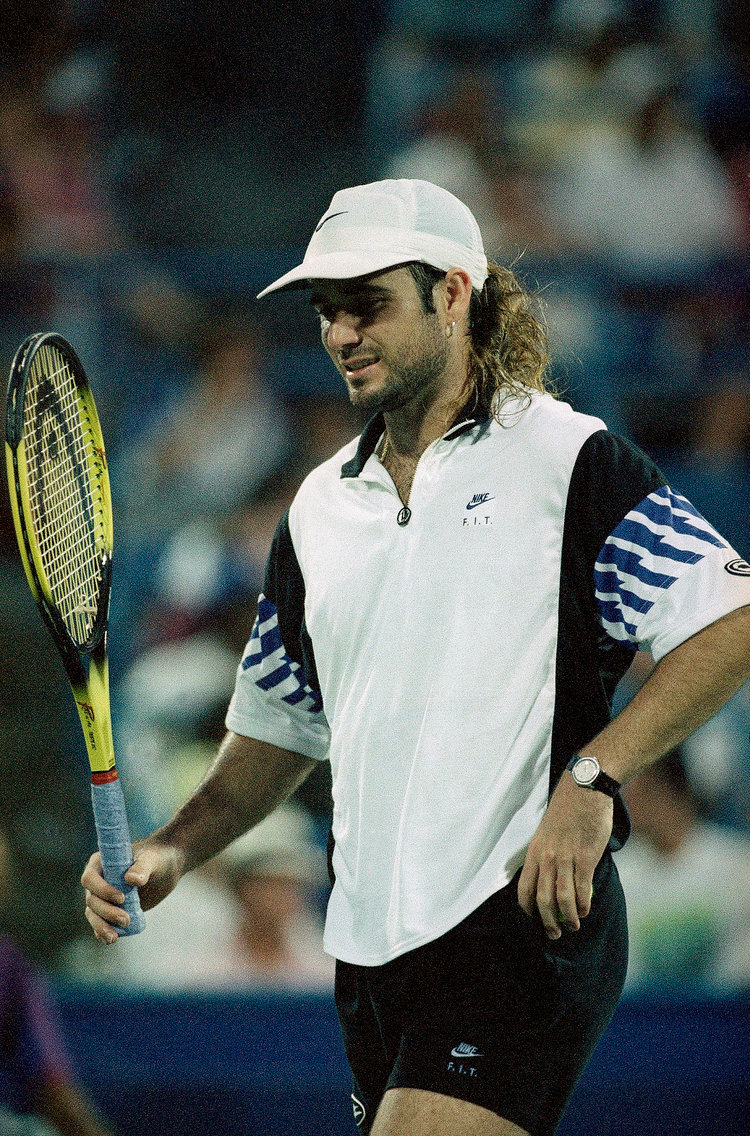 “I sit down with him and I said, ‘Andre … think of a time you hit the tennis ball perfectly,'” Robbins says. “I got him in that state … and I said to him, ‘You feel that?’ And he goes, ‘Yeah.’ I said, ‘Listen, are you thinking about your wrist?’ And he says, ‘No.’ And I said, ‘How the hell did you think you’d ever get back to that peak form by focusing on your wrist?'”

Robbins references the science of habit formation, in which the brain creates paths for certain repeated actions. He was getting Agassi to tap into this pattern and ignore distractions, like focusing on how his wrist moved, which is something he had never done when he was playing at his peak.

He also helped Agassi acknowledge that he was no longer getting along with his father as his coach.

The next year, 1994, Agassi made a comeback under a new coach and with renewed confidence.  Agassi has credited Robbins with helping him get back on track, calling him the “ultimate life coach.”

This story exemplifies just how important it is to master your mind when it comes to peak performance.  For those players that were able to stand out in a group of already outstanding hockey players, the differentiating factor was the strength and consistency of their state of mind.  You’ll hear time after time about athletes being superstitious and having specific routines on game day.  What they’re really doing is recreating the state of mind that they find to be the best for their performance.  It’s not that the same meal or dirty jockstrap brings them luck, it’s that those things allow the athlete to create and follow the mental pathway to success.